Memorial Show Flyer 2022 Final EditionThere are no events to display

Event Flyers, Stories and Past Event info and pics.

OCA Nationals Stories By Jim Lentini and his Grandson Dominic.

Olds Nationals 2017
When Mike Izzo advised me of the caravan to Albuquerque with his Starfire, Jamie Cox’s Starfire, and Al Allande’s Alero, I was excited to finish the upgrades to my 52 of adding power steering and air conditioning for the trip. After all, my 52 was the oldest car on the road for our trek to Lansing in 1997, so it should be an easy 1,600 mile round trip compared to the 5600 back in 1997! More importantly, my oldest grandson Dominic Lentini, age 17 was joining me for this 10 day adventure!
This 52 Super 88 2dr sedan is creating a much different reputation and remembrance than its predecessor that I had from 1957 to 1962. This car reminds me of the same car that was built and raced beating the Chevy’s in the 50’s. And, this trip to the National’s is much different than back in 1997 as my buddie from the 50’s Curt Blomstrand from our days in the Noblemen Car Club of Van Nuys made that trip special. But know that this one with my grandson who is a car nut (his father says he gets that from me) is much different as he and I get to spend 10 days really getting into cars, learning from each other, and creating a special remembrance of our new/old 1952 Olds car history.
When July 15th arrived, my son Nick brought Dominic to our house in his 1968 Hard top 442 and we went up to Denny’s to meet the armada and had breakfast together with my wife Susie and our group for our send off and took pictures of our cars before hitting the road. Our first stop was Barstow to get into the rhythm for the Sunday trek to Flagstaff for our first big day and getting out of the 110 degree heat of the California desert! Fortunately, Jamie had some rainex with him as I forgot it and didn’t have working wipers on the 52. We were expecting some rain before getting into Flagstaff and it turned into a storm that was intense. We got out of it ASAP, and made it to our destinations in Flagstaff.
While in Flagstaff, Dominic and I stayed in town to visit friends while rest of group stayed at Twin Arrows Casino hotel outside of town. Monday morning Dominic and I joined the group and our caravan headed to Albuquerque. Once we got to Marriott Pyramid hotel, we settled in and got busy visiting with OCA friends, getting updates on all the cars, and Dominic doing his learning and research for our families Oldsmobile’s. Dominic says when he graduates from college and gets a steady job; he intends to add to our Olds collection.
The host group in Albuquerque headed by Jim Wilson and Bob and Linda Surran were terrific and gave us referral to Worldwide Auto where Dominic and I took the 52 to get the PS adjusted for easier steering. It needed adjusting to reduce the turn catch problem until we get it home to work on it. At the awards banquet, Dominic received an award for youngest driver to the Nationals, and it was well deserved as he did well handling the steering issue on the many road work detours we encountered in Arizona.
Our trip home was adventurous as we went through few more rain storms and the last one just before getting into Barstow. When the group stopped to spend the night, Dominic and I stopped to say goodbye then Dominic and I headed home. Dominic will always remember our adventure getting to and from the show, and being able to see and share all 215 Oldsmobile’s and talks cars with many of our members and friends.
Now, we are busy working on finishing the rehab of the PS on the 52, and getting both Nick’s 442 and my 52 ready for our next adventures. When we got home, son Nick drove the 52 with the Vintage Air AC and now he wants to put it in his hot rod 442 with the 70 W-30 motor. He also sent in his membership to our club. And, Dominic wants to join our club although his ownership of Oldsmobile’s is sharing and serving his Dad’s and Grandfathers Oldsmobile’s! And, we also got first place in our modified stock class! All in all, it was a great trip and adventure for all of us and especially Dominic and me! 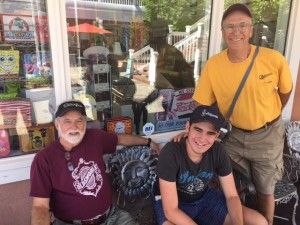 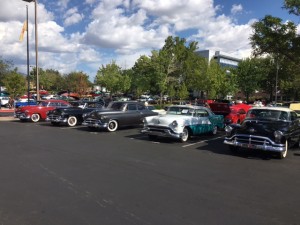 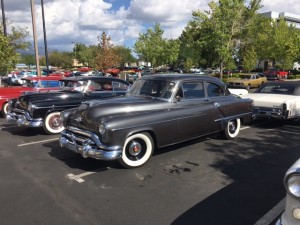 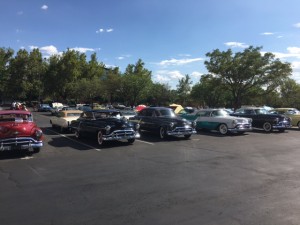 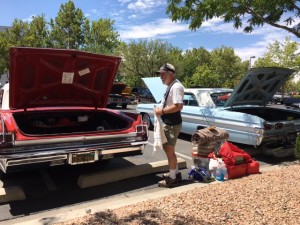 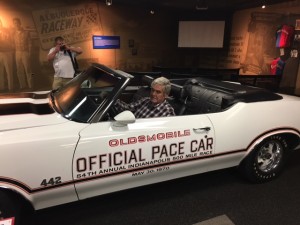 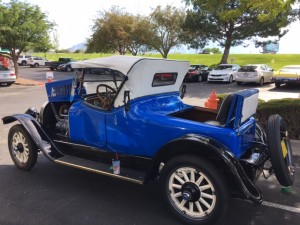 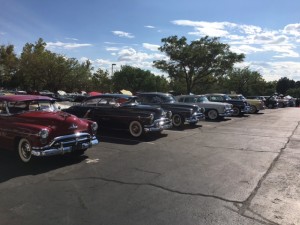 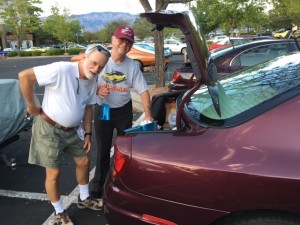 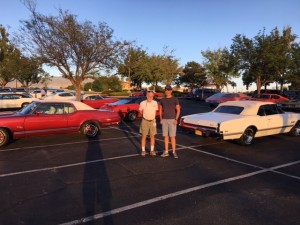 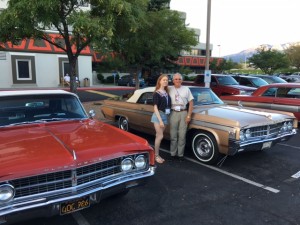 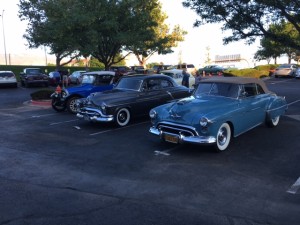 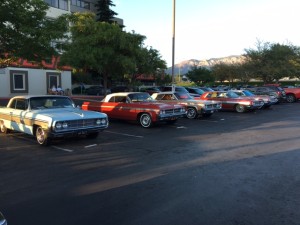 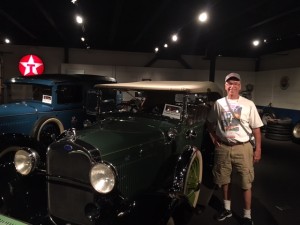 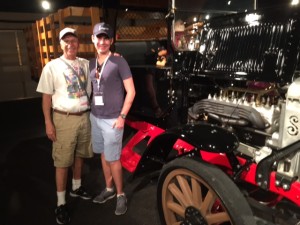 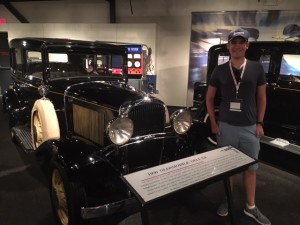 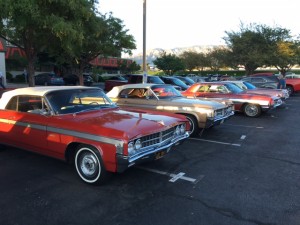 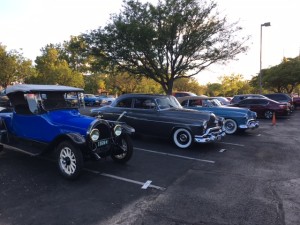 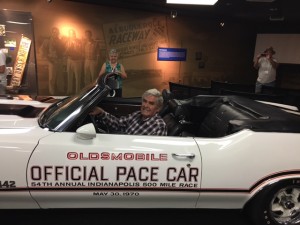 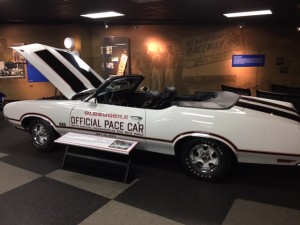 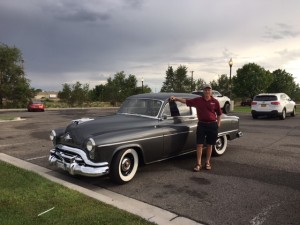 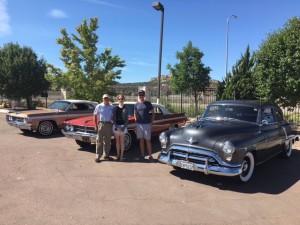 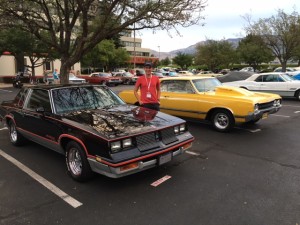 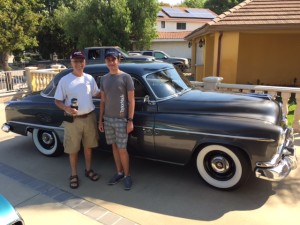